*Take note that this is just a guide. It is not an official tier list but just a community tier preference. * 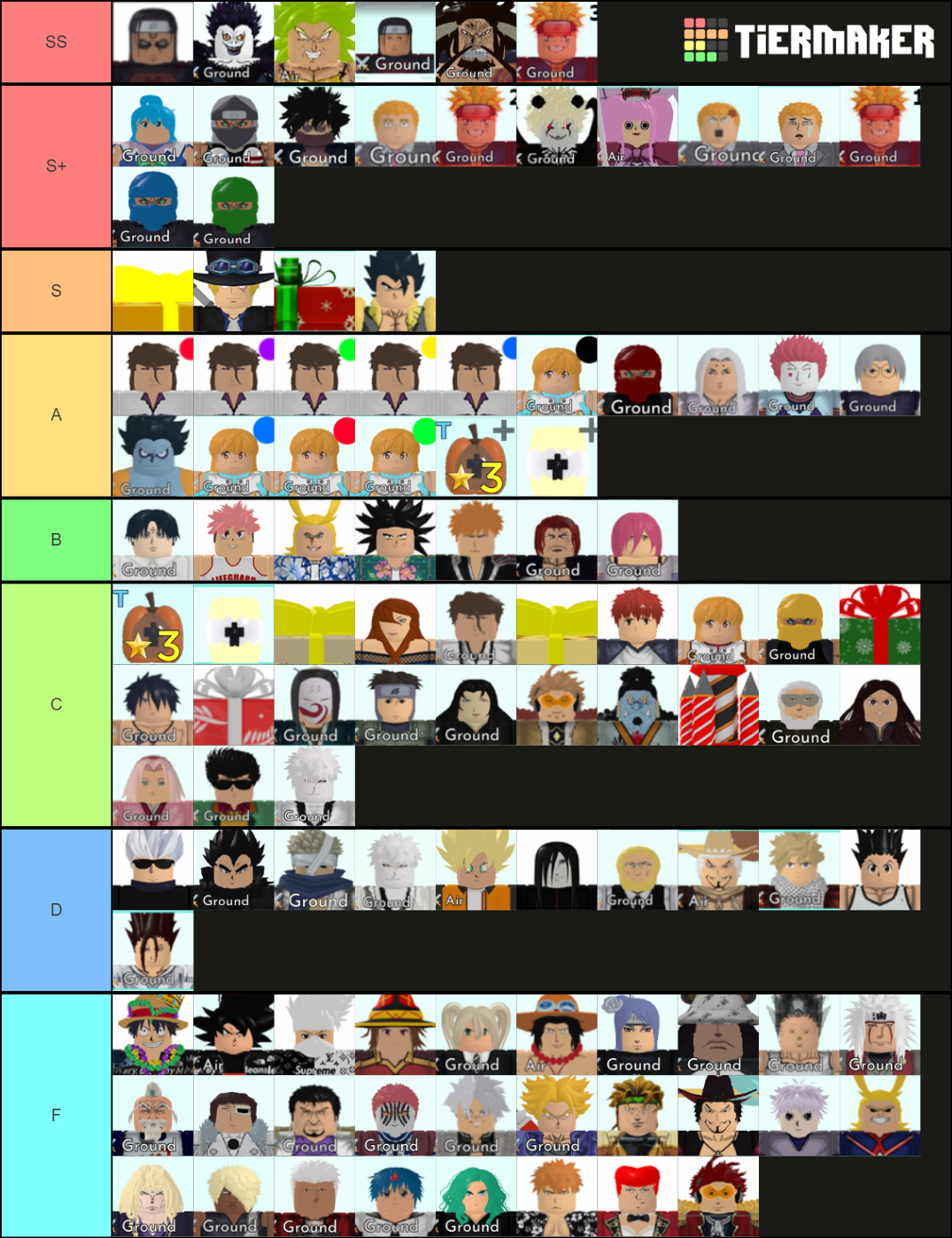 -Death / Ryuk (Only obtainable through winning the Video of the Week award on the official Discord, only 15 available )

— Water Goddess / Aqua (The rarest unit that could be obtained from using Super Fire Works, only 5k units available)

— Davi / Dabi (Can be obtained using a Pumpkin Capsule, a legendary drop within the chance of 4/1000)

-Expert Sorcerer / Reigen [normal] (Can only be obtained by opening capsules, legendary chance)

— Ghost Girl / Perona (Can be obtained using a Pumpkin Capsule, a legendary drop within the chance of 4/1000)

— Elemental Water / Kakuzu (Water) (Can be obtained using a Pumpkin Capsule, a legendary drop within the chance of 4/1000)

-Summer Box III (the rarest summer box, upon opening, you will receive Sabo)

-Christmas Gift III (the rarest of the Christmas boxes, upon opening you will receive Gogeta)

-Kovegu / Gogeta (The unit that was obtainable from Christmas Gift III, was once on the banner at 6:00pm EST April 1 2021)

— Hog Eyezen / Hogyoku Aizen [Normal, Anger, Intellect, Charm, Brave] (The skin version of the unit that could be obtained from the first dungeon)

— Elemental Fire / Kakuzu (Fire) (He can be obtained by opening a Halloween Capsule. His rarity is epic)

— Rimimaro / Kimimaro (He can only be obtained via Pumpkin capsules and is in the Epic rarity.)

— Joke Da Fool / Hisoka (Can only be obtained by opening capsules, epic chance)

-The Assistant / Kabuto (Can only be obtained by opening capsules, epic chance)

-Ruffy (Zambe) /Luffy (Zombie) (Can only be obtained by spending 30,000 Candies in the Halloween Shop)

-Red Head / Shanks (Can only be obtained by evolving Super Fire Works with a chance of 5-5.25%)

— Summer Box II (Can be obtained by reaching 15,000 points during the Summer Event)

-Eyezen / Aizen (The unit that could be obtained from the first dungeon. He was also on Banner Y once, accidentally)

— Summer Box I (Can be obtained by reaching 2,500 points during the Summer Event)

— Dungeon Queen (Normal) (Can be obtained by beating dungeon 2)

-Christmas Gift II (upon opening you will receive Grey Filibuster)

-Christmas Gift (upon opening you will receive Haku)

-Maskice / Haku (Can only obtained by evolving Christmas Gift II)

-Wood Master / Yamato (Can only be obtained from Sacrificing)

-Envi / Lust (Can only be obtained from Sacrificing)

-Falcon / Hawks (Was Obtainable through Banner at 2% chance)

-Ginbei / Jinbei (Was Obtainable through Banner at 2% chance)

-Super Fire Works (Obtainable through the 2021 Summer Event, by purchasing from the merchant or playing games at a 1/1000 chance when killing an enemy)

-Blossom (Cherry) / Sakura (Cherry) (Can only be obtained by opening capsules, rare chance)

-Vampire Vegu / Vampire Vegeta (Can only be obtained by opening capsules, common chance)

-Zomurai / Ryuma (Can only be obtained by opening capsules, common chance)

-Ikki (White I) / Ichigo (Hollow) (Can only be obtained by opening capsules, common chance)

-Snake (Cloak) / Orochimaru (Cloak) (Can only be obtained by opening capsules, common chance)

-The Man / Van Hohenheim (Can only be obtained by opening capsules, common chance)

-Falcon (General / Hawks (General) (Can only be obtained through sacrificing)

This page classifies different units to different ranks depending on how good they are in both Story and Infinite mode (excluding S+ Tier). We consider all aspects: SPA, Damage, Range, etc.

Currently, these units are being used to reach the highest wave on the Infinite Mode leaderboard, NOT whether they’re really good or not. Before you add any units, please show proof of it getting to the current world record, or at the very least, provide stats and explain why it is great. Otherwise, it will get deleted and moved.

Note: For the Infinite Mode leaderboard, it is most recommended to go in a trio team or duo team, because you can bring more support units.

Mass Destruction: Units that can inflict big damage on a lot of enemies at a time. They are generally units with huge AoE cone, Huge circle AoE, or Full AoE with big range

NOTE: Most of these units are not permanently S tier, and they can get replaced next update by stronger units.

Mass Destruction: Units that can inflict big damage on a lot of enemies at a time. They are generally units with huge AoE cone, Huge circle AoE, or Full AoE with big range.

Units good for Story Modes around lvls 20 to 60.

Good Substitute Units for Story Modes around lvls 1 to 30.

There are currently fourteen units that have been discontinued/Unobtainable.

All Star Tower Defense features a ton of unique characters for you to use in battle.

What characters you equip and use in battle has a major impact on your chances of winning or reaching greater heights in the infinite mode.

It can be difficult to know what characters you should roll for and bring onto your roster because there are so many.

That’s why we’ve created this All Star Tower Defense tier list to give you an overview of what the best characters in the game are.

To get the best characters in the game, you’re going to need to summon a bunch of times, so be sure to check out our All Star Tower Defense Codes List for all active codes!

After playing All Star Tower Defense for a while, you’ll get an idea of just how many unique characters there are to collect.

Characters come in different rarities, with the higher-stared ones usually being stronger than the lower-stared ones.

There are, however, still characters that are more powerful than characters with more stars, as you’ll see in the tier list below.

As higher-stared characters usually are stronger, it also means you have to do more summons to get the best characters in the game, as they have a smaller summon probability.

Summons cost either Gems or Gold, depending on the type of summon.

At the start of the game, you can only add three different characters to your roster, but at level 15, 30, and 50, you unlock the fourth, fifth, and sixth character slot, bringing your total roster to six characters.

Because you can only bring a limited number of characters, it’s important you optimize your roster and bring powerful and useful characters to ensure you can keep your ground.

They should just be used while you are progressing through the game.

All the listed characters are given a rank from S to D, with S being the highest and D being the lowest rank.

Some characters have a + next to their rank, which means that they are even more powerful or useful than their assigned rank.

This tier list will be updated as new characters or updates are released and in case the meta changes.

There’s a lot of characters to use on your team in All Star Tower Defense, and a lot of them are very strong.

But even though you might feel like you have built a great team, chances are you find yourself struggling to beat a specific level in the story mode or reach a specific wave in the infinite mode.

The following heroes are just some of the best in the game, and you’ll get an explanation as to why these are so powerful.

To see all the best characters in the game, check out the full tier list above.

If a character isn’t listed in the following section of this guide, it doesn’t mean that it cannot be one of the best in the game.

We’ve just picked some of the best with a special utility, power, etc., that we believe you should know about.

Bellma (Money Corp), a character in All Star Tower Defense based on Bulma from the Dragon Ball universe, is a character that most top players always have on their team.

She is a support character, which means that she doesn’t deal any damage.

Nevertheless, Bellma (Money Corp) is among the best characters in the game because of her ability that is generating money.

After every single wave, she generates an amount of money depending on her level and in-game upgrade level.

When you acquire some of the higher-stared characters in the game, having Bellma (Money Corp) becomes almost a necessity in some situations, as the cost of building and upgrading characters becomes so large.

With the release of Salesman, you want to build him instead if you have him, as he provides a bit more money per round at a higher build cost, though.

If you don’t have Salesman, you should use Bellma, as she is still among the most useful characters in the game.

Zorro is an Air, also known as Hill, unit in All Star Tower Defense who is based on Dracule Mihawk from the One Piece universe.

Characters of the air type can only be placed on hills on the map.

The reason why Zorro is among one of the best characters in All Star Tower Defense is his incredible range paired with his massive AoE damage.

When fully upgraded, Zorro can dish out a ton of damage to many enemies at once, even at great distances.

Because his attack range is so great, he performs the best on maps where he can take advantage of this.

Furthermore, because he is so powerful, he is also very expensive to build and upgrade.

These two factors, his massive range, and high cost because of damage, makes him best suited for the Infinite Mode, where you can farm a lot of money because the waves keep on coming and the maps are very large.

Bringing Bellma (Money Corp) on your team is a great idea if you are using Zorro, as you, as mentioned, need a lot of money to fully upgrade him.

Kura is a very special character in All Star Tower Defense who is based on Light Yagami from Death Note.

What makes Kura special and as powerful as he is, is his manual ability, Write Names, which deals massive damage to all enemies within a large range of his position.

You can use this ability once every 8 minutes by clicking him and clicking the ‘Write Names’ button.

Even though the cooldown of this ability is so large, it is still so powerful that it can clear an entire wave you couldn’t deal with, making Kura one of the best characters in the game.

Kura is even more expensive to build than Zorro, making him suitable for the Infinite Mode mostly, and it’s recommended to have Bellma (Money Corp) as well.

Onwin is another support character in All Star Tower Defense that is extremely useful because of his ability.

The character is based on Erwin from the Attack on Titan series.

What makes Onwin as good in the game as he is, is his ability, Shinzou o sasageyo, which significantly boosts the damage of towers within his range.

At the maximum level and maximum upgrade-level, his buff will increase the damage of towers by 89.5%.

Onwin is not expensive to build compared to other towers, making him a solid pick for all game modes in All Star Tower Defense.

Black Stache (Timeskip) is the evolved and stronger version of Blackstache in All Star Tower Defense.

He is based on the character Blackbeard from the One Piece universe.

The timeskip version of Black Stache is a 6-star character who deals a bunch of AoE damage.

On top of his incredible damage, Black Stache (Timeskip) also has a slow through his Liberation ability.

Despite being one of the best characters in the game and having amazing damage, he is not that expensive of a character to build and upgrade, making him great for the different game modes.

That’s the tier list on the best characters in All Star Tower Defense in Roblox!

If you have any input for this tier list, let us know in the comment section below. 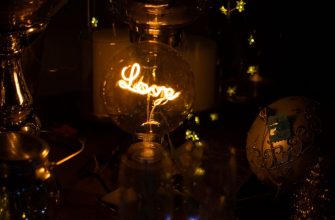 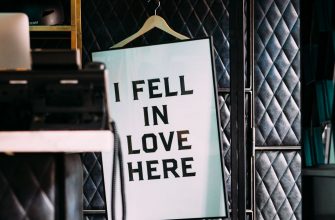 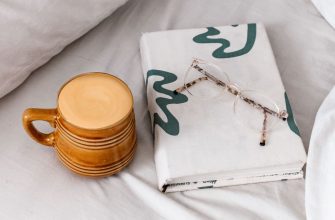 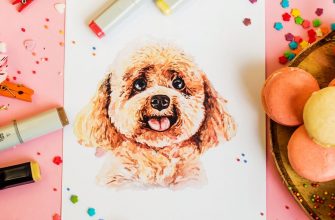